It has been a fruitful weekend for Sahara Force India, with Sergio Pérez stepping onto the Podium with an outstanding 3rd position and Nico Hülkenberg finishing 6th after achieving a massive move at the last corner of the race to clinch some extra points. 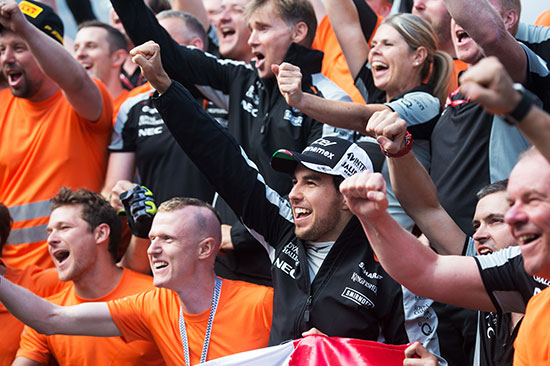 Things started to look good on Saturday as Nico Hülkenberg and Sergio Pérez managed to finish the Qualifying round with 5th and 8th place respectively.

Sunday’s race was simply amazing as the drivers started on the 3rd and 4th row of the grid behind a safety car due to heavy rains. Having kept four-time World Champion Sebastian Vettel at bay for nearly 40 laps and managed to be the fastest man on track for a large portion of the race, Sergio Pérez was voted by fans as the F1 Driver of the Day in an official poll. 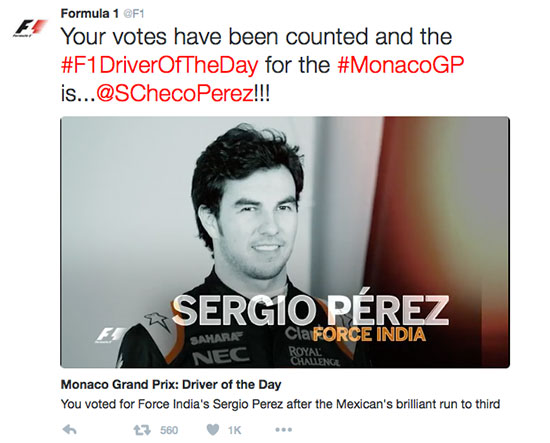 “A podium in Monaco is a very special moment. It’s one of my best ever races, especially when you see how difficult the conditions were today: you had to concentrate so hard and it was easy to make a mistake. The key to my race was the strategy and we got things just about perfect today,” said Pérez.

This is the sixth podium in Sergio Perez's career and his third for Sahara Force India (Bahrain 2014, Russia 2015, Monaco 2016). We wish the drivers a lot more success to come! 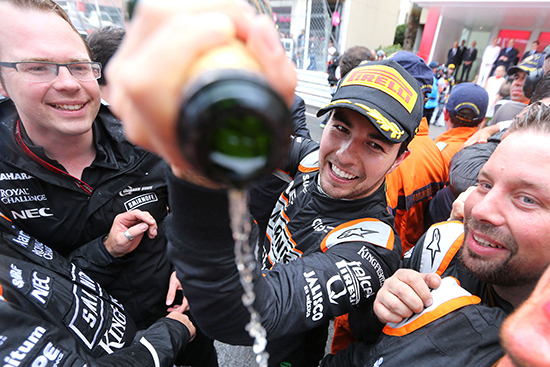 The Monaco GP weekend is a highlight in the calendar of every motorsport lover. It is not only one of the most prestigious Grand Prix of the season but also one of the most beautiful tracks. The atmosphere in Monaco during the race weekend is more than just special. Many celebrities from all over the world, such as 50 Cent and Justin Bieber, attended luxury parties on the biggest yachts while watching the F1 action on the screens for a full experience filled with the rush and adrenaline of F1 cars zooming by.

Stay tuned as the teams travel to Canada for the Canadian GP June 10-12 at the Circuit Gilles Villeneuve in Montreal.