Marcel Kiefer and Fabrizio Donoso Delgado were the two drivers picked to compete the official esports team of Racing Point Force India at Australia, China and Baku. A training camp and evaluation period held before the event had allowed the team to see how the drivers compared, ultimately Mads Soerensen was chosen to be the one taking the role of reserve driver for the races. 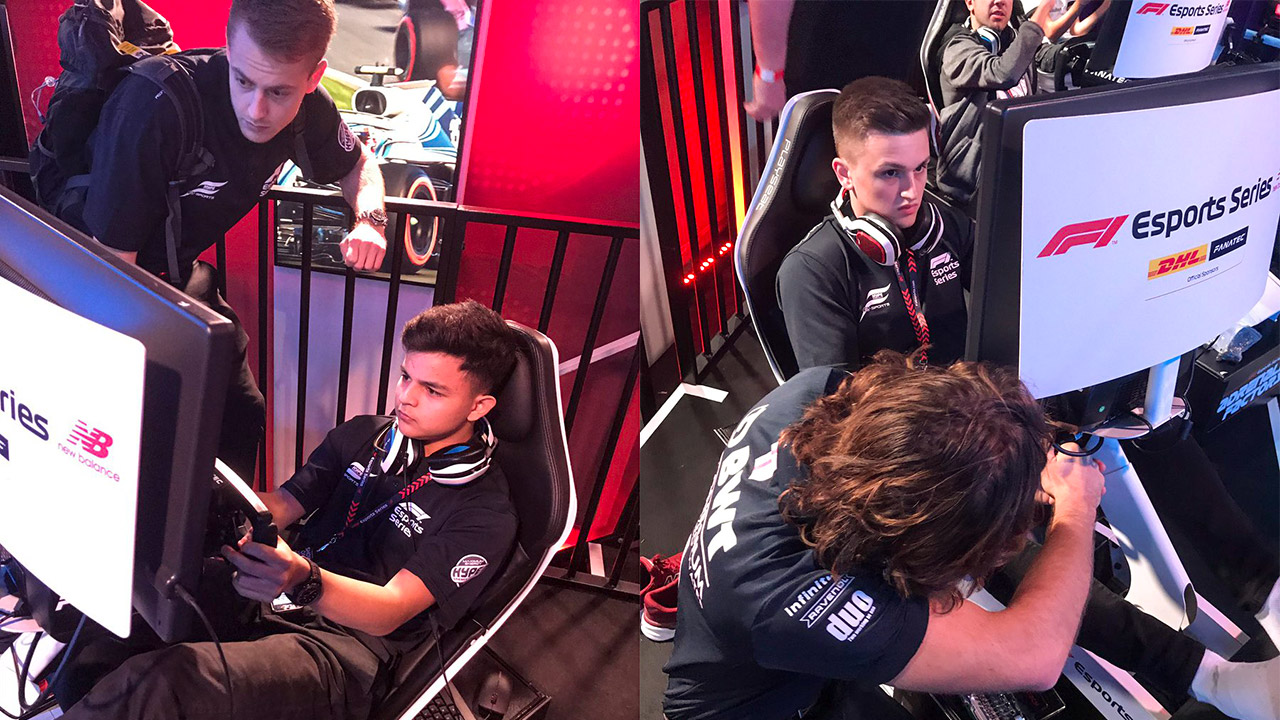 In qualifying for round 1 at Australia Delgado was able to clinch 6th but a mistake on his hot lap cost him the chance of going higher, Kiefer would line up in 8th. The race saw issues for both early on and they were forced to adopt sub-optimal strategies, eventually coming home 11th and 13th respectively.

Round 2 in China saw a rain hit qualifying session and meant Donoso and Kiefer secured 3rd and 4th on the grid. Strong races from both had them came home in the same positions to secure the first podium for the team. A strong showing and positive signs for the two drivers, their pace was good and indicated that with an incident free race they could be battling at the front.

Baku would be the third and final race of the night, Donoso had clipped the wall in qualifying and was unable to set a time, while would Kiefer start in 12th. A long first stint for Donoso who had started at the back allowed him to run in clean air and his strategy gamble paid off, coming home in 9th to claim 2 championship points. Kiefer made up positions at the start but would ultimately bring his car home in 15th.

The results meant Hype Energy eForce India finished the night in 4th place in the constructors championship. A very competitive field and close racing showed exactly why F1 Esports deserves a place on the calendar, the next live event will take place on October 31st with the third and final live event on November 16th and 17th.

Relive the action from the first live event broadcast