As an official partner of the Sahara Force India Formula One™ Team in 2015, we are excited to announce that the Hype Energy logo is now visible on both the cockpit side and the inner of the rear wing endplate of the team’s 2015 car, the VJM08. 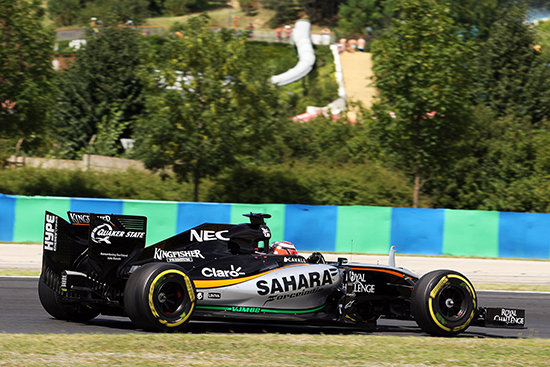 Hype Energy Drinks is led by Global CEO, Bertrand Gachot, a former racing driver for the Jordan Grand Prix Team, one of the predecessors of Sahara Force India Team, resulting in the brand having a strong heritage link with the Formula One™ world.

The Hype Energy Drinks family has seen its relationship with the motorsports world improve continuously since the announcement of the partnership with Sahara Force India in March 2015.

The new Hype Energy Drinks logo placement on the VJM08 car is only part of the agreement between Hype Energy and the F1™ Team: the energy drinks brand logo also appears on the drivers' suits and on the drivers carbon fibre drinks bottles.

Keep an eye out for the logo at the next Grand Prix race in Belgium on 23 August!