On the final night of racing it was all to play for in the 2018 F1 Esports Pro Series, Hype Energy eForce India were right in the mix as they chased down third position in the championship. Four races across two days including a 50% race in Abu Dhabi would conclude the championship. Germany, Singapore and COTA would make up the other three races, with COTA and Abu Dhabi broadcast live from the Gfinity Esports Arena. eForce India's closest rivals in the race for third were Sauber and Red Bull, however the F1 Esports Pro Series is known for throwing up surprises and so it came to be by the end of the 2018 championship. 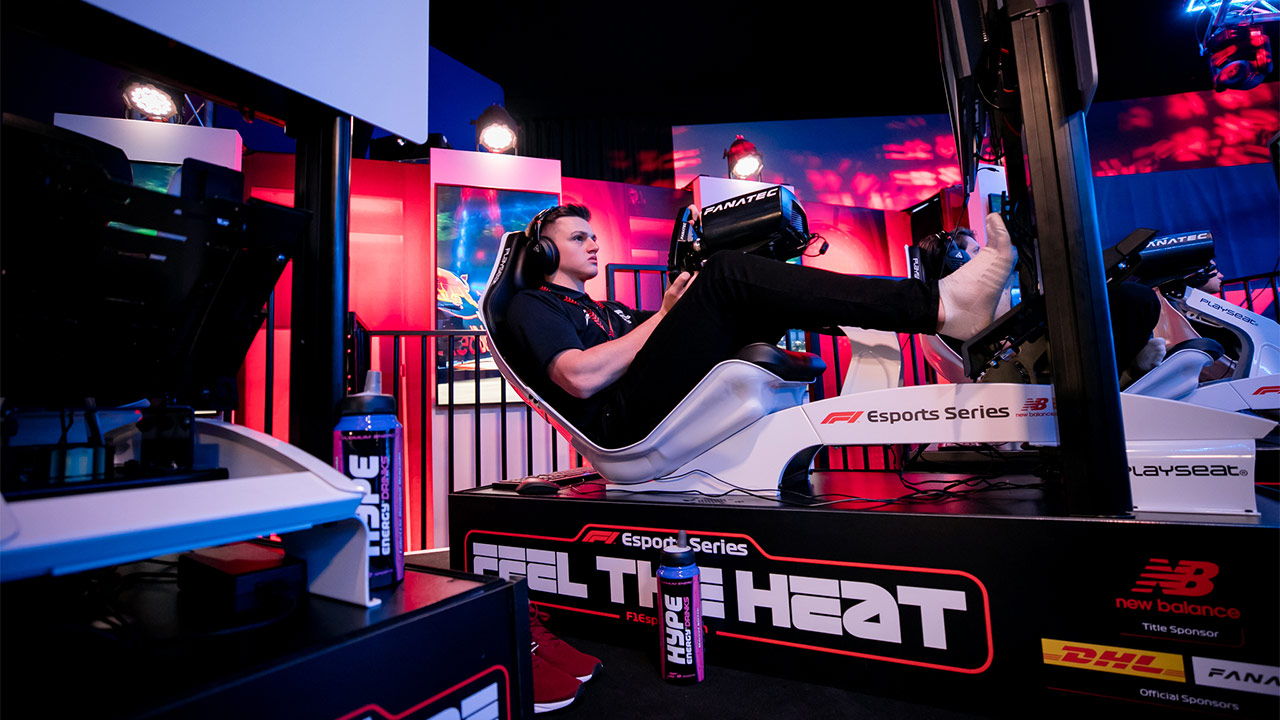 Friday's racing at Germany saw Fabrizio Donoso Delgado and Marcel Kiefer line up on the grid, a strong race from Donoso had him come home in 4th while Kiefer would squeeze into the points in 9th. With Singapore up next and the tight twisty track providing the anti-thesis to the classic German track the team decided to field Mads Sørensen in place of Donoso. Kiefer's pace shone through as he started 4th on the grid, battled hard and brought it home on the podium, his third of the season for Hype Energy eForce India. Sørensen would have to have to deal with damage on lap one and couldn't make it into the points.

The results of Friday's racing put eForce India ahead of Sauber and Red Bull Racing with just two races to go. However the double points race in Abu Dhabi would play a key role in the championship.

Saturday night would kick off with Circuit of the Americas, broadcast live on the official stream, a favourite amongst the drivers and a track with plenty of overtaking opportunities. Starting 6th and 10th it looked like Kiefer and Donoso would be able to score more points but a bad start for Donoso dropped him back, from where he was never able to fully recover, 14th place at the flag for the young Chilean. Kiefer was battling the entire race, involved in a multi car fight for the spots just outside the podium, however a penalty for multiple track limit warnings would put paid to any chance of a good points haul. His final finish of 7th an opportunity missed in the tight championship fight.

Watch all the episodes from Hype Energy eForce India on YouTube

For the final race of the evening, and of the series, the 2018 F1 Esports Pro Series would visit Abu Dhabi, scene of last year's epic battle between Donoso and eventual championship winner Brendon Leigh. A 50% race, bringing more strategic elements into play and offering double points for whoever could make it into the points.

Kiefer started 7th with Donoso just behind in 9th, however a huge crash on lap 1 saw damage to Kiefer's car and pushed him to the back of the field, leaving him with a mountain to climb if he was to finish in the points. While the battling up front would take centre stage Marcel was working his way through the field while Donoso tried to negotiate traffic, aware that every point was critical in the championship fight. The double points of the race came to bite as McLaren and Sauber both finished higher up the field, McLaren would surprise the field with a 60 point swing, benefiting from a battle for 1st amongst Mercedes and Toro Rosso. At the chequered flag it would be eForce India who lost out, pipped to third by Sauber and overtaken by McLaren at the last hurdle, 5th place in the championship the final spot for the team.

2018 has seen the F1 Esports Pro Series go from strength to strength, with a more competitive field than ever and action across all three live events, Hype Energy eForce India has been in the thick of it and can look back at a successful season competition on the global stage.